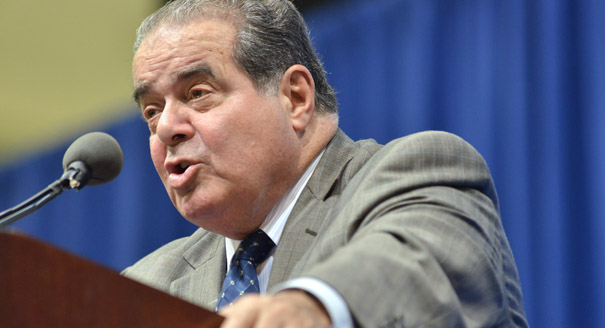 Presidio County judge Cinderela Guevara, a local justice of the peace, told the Associated Press that she declared the 79-year-old Justice Antonin Scalia dead of “natural causes” without seeing the body herself, after having “consulted with Scalia’s personal physician and sheriff’s investigators, who said there were no signs of foul play.”

She initially determined that an autopsy should be conducted, but says she changed her mind after speaking with Scalia’s doctor — who confirmed that the justice had a history of heart trouble and other illnesses. The judge says that medical history, and a lack of any signs of foul play, meant the justice likely died of natural causes and that no autopsy would be necessary.

The owner of the ranch where Scalia died, John Poindexter, later told the San Antonio Express-News, “We discovered the judge in bed, a pillow over his head. His bed clothes were unwrinkled. He was lying very restfully. It looked like he had not quite awakened from a nap.”

Does anyone else consider it suspicious that one of the most powerful men in the country was found dead with a pillow over his head, yet no autopsy is going to be conducted and the exact cause of death is still unknown?