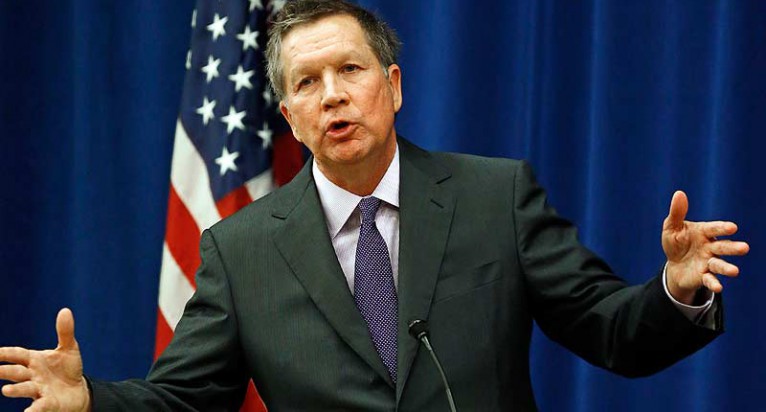 Who is John Kasich? A gun grabbing amnesty proponent!

Tuesday, March 15, is perhaps the most significant primary date so far this cycle. Unlike contests in previous election years, the nomination fight is still anyone’s game at this point, yet Tuesday’s results could also mark the end of one or even two campaigns.

With Kasich now looking more likely to win Ohio than Rubio is to win Florida, people are starting to take a closer look at the 4th place candidate. What does he really stand for? What does his record reveal? For conservatives, nothing good.

Let’s start with his record on guns. Did you know that in 1994 then Congressman John Kasich voted FOR President Clinton’s notorious “assault weapons ban” that outlawed many common sporting rifles and all magazines holding more than 10 rounds? Here’s what is reported to be the thank you letter he received from President Clinton for his vote. 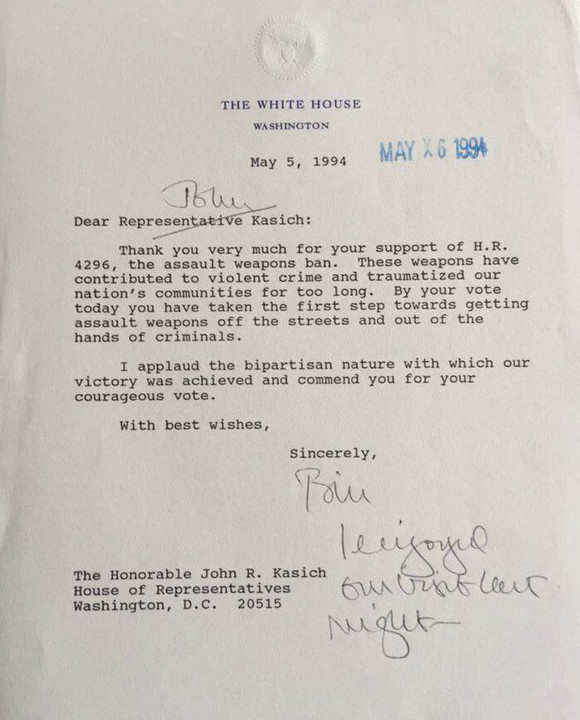 It appears that Kasich also buys into environmentalist dogma and believes “there is a problem with climates, climate change in the atmosphere.” He says he is “all for” “breakthroughs to help us have a cleaner environment.”

How about his stance on immigration and amnesty? Now some libertarians may be more inclined to support him in this regard, but most mainstream Republicans probably will not. In a recent debate, he said “for the 11 and a half million who are here, then in my view if they have not committed a crime since they’ve been here, they get a path to legalization. Not to citizenship. I believe that program can pass the Congress in the first 100 days.”

Finally, there is his total capitulation to Obamacare’s optional Medicaid expansion component which we have reported on in the past. This decision has already cost Ohio billions of dollars in avoidable costs.

John Kasich may win Ohio on Tuesday (a winner-take-all state) and could move into third place in the race for the presidential nomination. Before helping him achieve that goal, conservatives might want to take a closer look at his record. They will probably be both surprised and disappointed.