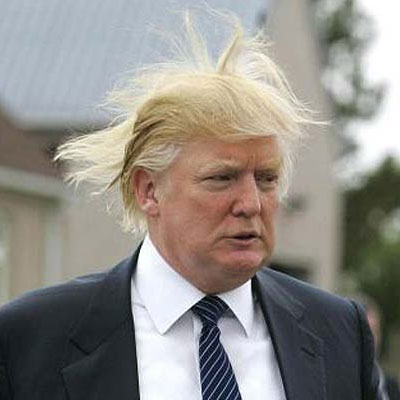 Why Donald Trump is bad for America (and no, it’s not his hair)

Donald Trump is a narcissist. He’s an egomaniac. He’s a self-important braggart who has made a career out of self-aggrandizement. All that could be overlooked if he were willing to support liberty, but sadly, he’s not. Trump’s entire campaign is based on blaming others for America’s failures. Blame the Mexicans, blame the Chinese, blame the Middle East.

America is in trouble not because of immigration or outsourcing, or because of foreign wars that needn’t have involved us. America is in trouble because we have abandoned the foundational principles of liberty. Trump wants more government meddling in the economy, more restrictions on trade, and even more limits on immigration than we already have. What we really need is far less of those things.

We need a free market in healthcare, education, and labor. We need fewer government constraints on the free movement of goods and individuals. We need to cut taxes, slash regulations, and stop meddling in the affairs of foreign countries. We need to let the free market work unencumbered by government intervention.

Trump claims he can “Make America Great Again,” but his slogan reveals the underlying problem with his philosophy. Greatness can’t be forced. America was at its greatest when the government was at its smallest. Trump equates greatness with power, but he apparently can’t (or won’t) see the difference between the private sector and the public sector. A powerful CEO may make a company greater, but a powerful President makes the people—and by extension the entire nation—weaker.

Trump has successfully tapped into a lot of discontent with the establishment and with the existing crop of candidates, but his braggadocio can only carry him so far. His solutions are, in many cases, actually worse than the problems he imagines he can solve, and his obvious disdain for individual liberty makes him totally unacceptable to those of us who believe in natural rights and self-ownership.

The Trump bandwagon is crowded today, but it won’t last. America needs a new Thomas Jefferson, not a new King George. Trump doesn’t want to serve the American people, he wants a pulpit and a throne. He’s already got one; let’s not be so foolish as to give him the other.